BLOG | Grow with us in faith and love. 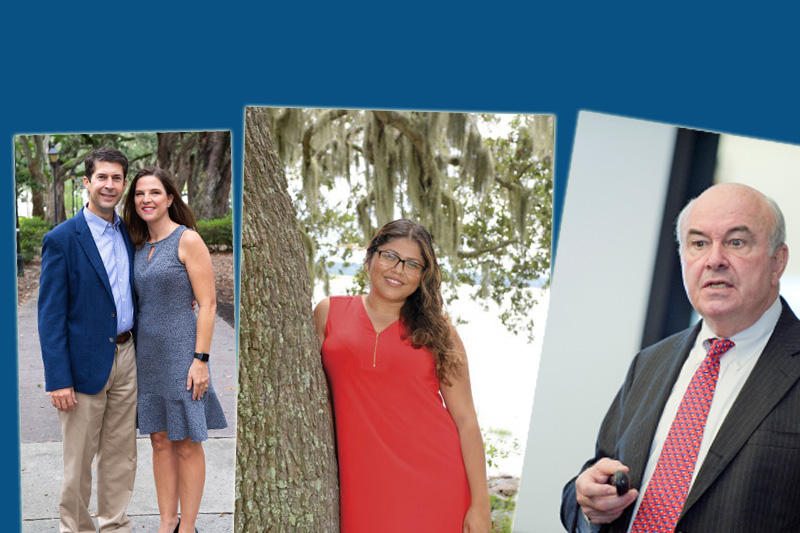 David was born in Macon, Georgia and graduated from Mercer University with a business degree.

After moving to Atlanta, he met his wife, Bethany, and got married in 1996. They lived in the Decatur/Northlake area about 17 years before moving to Skidaway Island in 2013. He worked at Memorial Health but recently joined Cigna Healthcare last year. He enjoys running, fishing, boating and traveling (Bethany is the planner). He also finds plenty of time to crack Dad jokes – much to his family’s dismay.

Bethany was born in Zanesville, Ohio and grew up in West Chester, Ohio. She attended the University of Cincinnati for nursing school. She moved to Atlanta, Georgia in 1995, where she met and fell in love with her husband, David. Their daughter, Ava, was born in 2003 and son, Jack, in 2006. David’s opportunity brought them to Savannah in 2013. They have thoroughly enjoyed raising their family here. Bethany works from home for Cigna Healthcare. In her free time, she enjoys cooking, sewing, and traveling to new places.

David and Bethany really enjoy the warmth and kindness at Skidaway Community Church and are excited to be part of it.

Imelda Golden was born in Yuma, AZ but she has called the south home since she was 13 years old.

She has graduated from the Technical College of the Lowcountry (TCL) with an Associate of Arts and the University of South Carolina – Beaufort (USCB) with a Bachelor of Arts – Communication. She was inducted into the Lambda Pi Eta (National Communication Association’s Honor Society) Alpha Delta Sigma chapter. Imelda is completing her Master of Science in Media Management – Mass Media Management track from Arkansas State University.

Imelda has a passion for volunteer work, non-profit organizations, life-long learning, and the arts. She has two younger brothers and one younger stepbrother whom she adores. She aspires to be the kind of woman her mother is. She is a fur mom to Charlie (dog), Harley (dog), and Fluffy (cat).

Imelda began visiting Skidaway Community Church back in 2020 when her fiancé Austin Eskew invited her to Sunday services. Imelda is happy to call Savannah, GA her new home.

Read retired as Assistant Dean of The Owen Graduate School of Management at Vanderbilt University in 2018. His tenure at Vanderbilt followed a 35-year career in business which he lived and worked in five different countries on three continents.

Upon completion of his M.B.A. from Wharton, Read embarked upon a career in the international arena which would take he and his family to Guatemala, Ecuador, Panama, Venezuela, and Hong Kong. The overseas postings were interrupted by relocations back to the U.S. in Boston, Miami, Minneapolis, Connecticut, Dallas, and Rochester, N.Y. He managed Asia for Pillsbury, Latin America for Bausch and Lomb, and both Latin America and Asia for Revlon.

Prior to transitioning to graduate management education at Vanderbilt, Read and four other refugees from corporate life founded CXO, a Rochester, N.Y. management consulting firm dedicated to advising start-ups and emerging businesses in the Northeast.

Read served as a Board member of several publicly owned companies, as well as non-profit Operation Stand Down and The Family Foundation Fund. He was a longtime member of the Colgate President’s Club Membership Committee, a Board member of The Colgate Alumni Corporation, and has served as both Class Reunion Chair and Class Gift Chair. He was awarded a Maroon Citation and is the proud parent of four Colgate alumni, Myles ’97, Sean ’98, Colin ’03, and Melanie ’06.

Read earned his A.B. from Colgate, and was awarded an M.A. from Vanderbilt, as well as an M.B.A. from The Wharton Graduate Division of The University of Pennsylvania. He and his late wife of almost 50 years, Mary Stimson McNamara, moved to The Landings in Oct., 2021. Now widowed, Read splits his time between Savannah and Popham Beach, Maine. 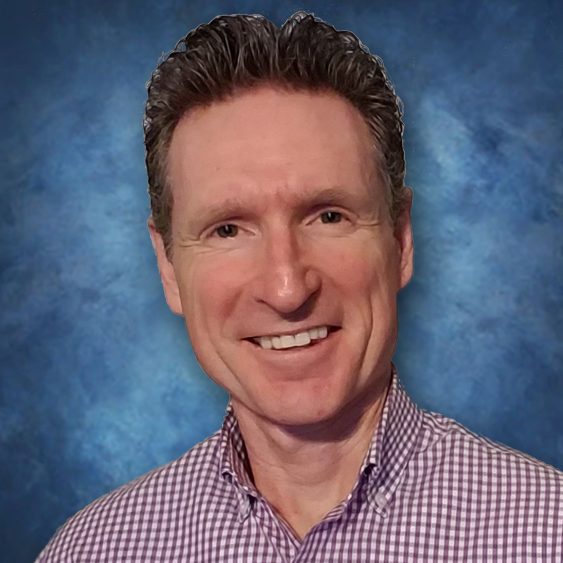 PrevPreviousIn Search of Our Roots: The Abrahamic Religions Series
NexteVotional – SEP 27 2022Next

No comments to show.